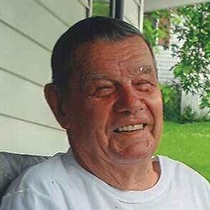 He was born in Wood, son of the late Wasyl and Anastasis (Niado) Posiowaych.  His wife, Mary (Melynk), whom he married on June 13, 1942, at Mt. Union, preceded him in death on Dec. 20, 2007.
Surviving are his daughter, Patricia "Patty" Mosher of Altoona; five grandchildren; and several great-grandchildren.
He was also preceded in death by his son, Nick; a brother, Nick; and three sisters: Catherine, Ann DeJohn and Mary Bacza.
Alec served in the U.S. Army as a Tech. 4 during WWII. He was employed by Conrail as a plant supervisor, retiring in 1982 after 40 years of service.
Alec was a member of St. Mary's Ukrainian Catholic Church, where he was very active in the church and the church cemetery. A member of Bellwood Beagle Club, Alec was a reader and a hunter. He enjoyed woodworking.
Alec had a good life and will be sadly missed by his daughter, Patty, his grandchildren Glenn and Mark and his great-grandchildren John, Alec and Shane.
Friends will be received from 2 to 4 and 6 to 8 p.m. Tuesday, April 7, 2015, and 10 a.m. to 11 a.m. Wednesday, April 8, 2015, at Stanley J. Krish Funeral Home Inc., 1204 17th St., Altoona, where a funeral service will be held at 11 a.m. by Father Andrew Clarke. Committal will be at St. Mary Ukrainian Catholic Cemetery.
In lieu of flowers, the family requests memorial donations be sent to American Cancer Society, Blair Unit, 1004 N. Juniata St., Hollidaysburg, PA 16648, or to Shriners Hospitals for Children (Philadelphia), in care of Jaffa Shrine, P.O. Box 1984, Altoona, PA 16603-1984.
To order memorial trees or send flowers to the family in memory of ALEC POSIOWAYCH, please visit our flower store.