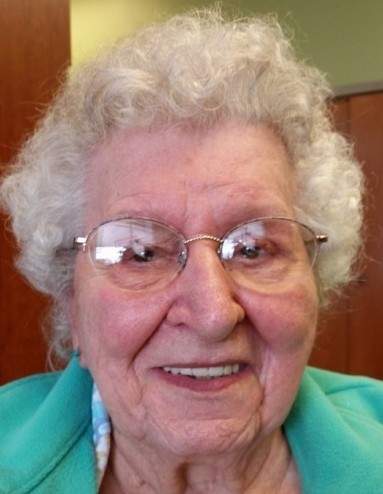 Anna M. Chonko, 98, Altoona, passed into the arms of our Lord and joined her husband, Andrew, in eternal peace on Thursday evening at Presbyterian Village at Hollidaysburg after an extensive battle with dementia.

Surviving are a daughter, Kathy Carey and husband, Jack, with whom she resided; a grandson, John Carey and wife, Lyndsey; and a granddaughter, Elizabeth Rhodes and husband, Dustin. Ever cherished in her heart are three great-grandchildren: Kadyn Parker Carey, Andrea Joann Rhodes and Jonah Michael Carey. Also surviving are a sister, Helen Knee; and three sisters-in-law: Ann Mishock, Stasia Mishock and Irene Mishock.

She was preceded in death by six brothers: John, Michael, George, Edward, Joseph and Andrew; and a sister, Elizabeth.

Anna retired from GTE Sylvania after 38 years of service.

She loved to bake, cook, read, travel and socialize with all who visited her. She especially enjoyed spending time with her grandchildren and her three great-grandchildren. Anna touched many hearts in her 98 years of life.

To order memorial trees or send flowers to the family in memory of ANNA M. CHONKO, please visit our flower store.