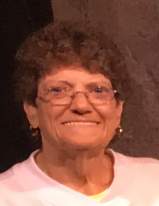 Bernadine M. Garcia, 65, Altoona, passed away peacefully on Sunday surrounded by her family at UPMC Altoona.

She was born in Altoona, daughter of the late Albert A. and Mary (Brennan) Schnaulbelt.

Surviving are her husband, Raul B. Garcia, whom she married on June 16, 1973, at Cathedral of the Blessed Sacrament; a daughter, Angela M. Sipes (Scott) of Altoona, a son: Daniel A. (Denise) of Coalport; five grandchildren: Brandan Garcia, Madeline Garcia, Gwendeline Garcia, Ethan Sipes and Corie Shawley; her twin sister, Catherine Tremmel (fiancé James Luther); and a sister, Mary L. Schnaubelt, all of Altoona.

She was preceded in death by a sister, Patricia Schnaubelt.

She worked in the housekeeping department at The Allegheny Lutheran Home and was a member of the Cathedral of the Blessed Sacrament. Bernie was a graduate of Altoona High School class of 1970.

Bernie enjoyed spending time with her family, grandchildren, and her residents at The Allegheny Lutheran Home.

Friends will be received from 6 to 8 p.m. Tuesday, Feb. 6, 2018, at Stanley J. Krish Funeral Home Inc., 1204 17th St., Altoona, where a vigil for the deceased will be held. A funeral Mass will be celebrated at 10 a.m. Wednesday, Feb. 7, 2018, at the Cathedral of the Blessed Sacrament, Altoona, Monsignor Robert Mazur, celebrant. Private entombment will be at Calvary Cemetery Mausoleum.

In lieu of flowers, the family requests that memorial donations be sent to Special Olympics, P.O. Box 648, Altoona, PA 16603.

To order memorial trees or send flowers to the family in memory of BERNADINE M. GARCIA, please visit our flower store.