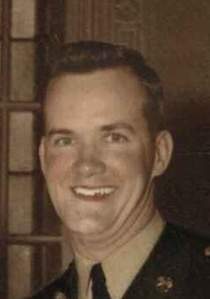 Bryan A. Wright, 82, Altoona, went home to be with his Lord and Savior on Saturday afternoon at his residence.

Surviving are his wife, Ruth, of 55 years; three daughters:  Bryanna Edwards and husband, James, of Terrell, Texas, Britta Wright of Columbia, Mo., and Brenda Robinson and her children, Wyatt, Olivia and Riley of East Petersburg; a sister, Darleta Gay McCoy of Decatur, Ill.; and several nieces and nephews.

He was preceded in death by two sisters: Carolyn Bartz and Julianna Cooper.

Bryan enjoyed hunting, fishing and Bible study. He was a lifetime member of the N.R.A.

At the request of the deceased, there will be no visitation. Instead, a public memorial service will be held at 4 p.m. Wednesday, Oct. 21, 2015, at Grace Alive Ministries, Greenwood Plaza, 1540 E. Pleasant Valley Blvd., Altoona. Arrangements are by Stanley J. Krish Funeral Home Inc., 1204 17th St., Altoona.

To order memorial trees or send flowers to the family in memory of BRYAN A. WRIGHT, please visit our flower store.