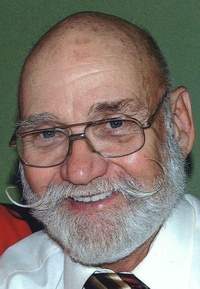 He was born in Altoona, son of the late Chester John Sr. and Helena Victoria (Tomchek) Kowalski. He married Mary C. Silvia on May 25, 1963, in St. Rita's Catholic Church, Warwick, R.I.

He is also survived by two brothers: Paul and wife, Emma, and Thaddeus “Ted,” all of Altoona.

He was a member of Holy Rosary Catholic Church, where he was a lector, CCD teacher and altar server and helped Monsignor Michael Servinsky with jobs around the church. He was a recipient of the Prince Gallitzin Cross Award.

Chet was a member of the Knights of Columbus, Our Lady of Lourdes Counsel and Cursillo, St. Stanislaus Kostka Brotherhood and Jubilate Deo Choir. He served as an officer for Citizens Concerned for Human Life, Homer’s Gap Civic Association, Navy League and Naval Enlisted Reserve Association. He volunteered for the pastoral ministry at Altoona Hospital and HIM missions in Honduras and sponsored children in Guatemala. He was also a volunteer water tester for the Altoona City Authority.

Chet enjoyed organic gardening, hunting, running, being a metal recycling specialist (scrapper), polka dancing with his wife and spending time with his family and grandchildren at sporting events, sailing and especially Sunday breakfasts.

Friends will be received from 1 to 4 and 6 to 8 p.m. today at Stanley J. Krish Funeral Home Inc., 1204 17th St., Altoona. A funeral Mass will be celebrated at 10 a.m. Thursday, Aug. 8, 2013, at Holy Rosary Catholic Church, Altoona, by Monsignor Michael Servinsky and other priests. Committal will be at SS. Peter and Paul Roman Catholic Cemetery.

To order memorial trees or send flowers to the family in memory of CHESTER JOHN 'CHET' KOWALSKI, please visit our flower store.