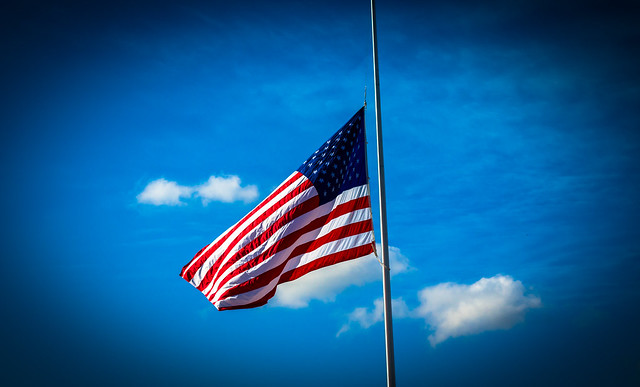 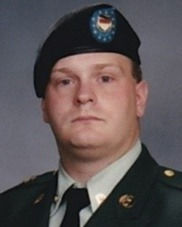 Christopher Scott “Chris” Cramer, 44, of Altoona, passed away unexpectedly Saturday, at his residence. He was born in Altoona, a son of Patricia L. Gummo and stepfather, James L. Gummo.

He was a 1997 graduate of Altoona Area High School.

Chris served 10 years combined in the U.S. Army and Pennsylvania National Guard. He was honorably discharged as an E-4. Chris was deployed in the Persian Gulf War to Kuwait for Operation Desert Spring, and Iraq for Operation Iraqi Freedom.

Chris was also deployed for Hurricane Katrina in New Orleans through the Pennsylvania National Guard.

He medically retired as a State Corrections Officer at Smithfield State Prison.

Chris attended the Art Institute Pittsburgh so the hobby he enjoyed was painting small figurines where he meticulously payed attention to detail due to the intricate pieces. Chris loved his dogs, Chloe and Bailey, feeling they calmed him and gave him strength. His passion was enjoying being outdoors, reading and studying history. He would surprise his family members with his knowledge of miniscule details of history they were not aware of.

Chris was a firearms enthusiast and a member of the Riggles Gap Sportsmans Club. He became interested in firearms in the military where his duties also revolved around his Military Occupational Specialty as a Small Arms/Artillery Repairer. Chris was involved in participating in World War II re-enactment with friends prior to an illness which severely limited his time.  He spent time with his close friends and visited Pittsburgh occasionally with them to get away and enjoy the restaurants and culture there.

In this time of sorrow, we are once again brought to the realization that our time on this earth is limited. A heart of gold stopped beating, working hands at rest. God broke our hearts to prove to us he only takes the best. Leaves and flowers may wither, the golden sun may set, but the hearts that loved you dearly are the ones that won’t forget.

Friends will be received from 4 to 6 p.m. Thursday, Jan. 12, 2023, at Stanley J. Krish Funeral Home Inc., 1204 17th St., Altoona. A funeral service will be held at 6 p.m. with Chaplain Klavens Noel officiating, Military Honors will follow. A private inurnment will be at Calvary Cemetery.

To order memorial trees or send flowers to the family in memory of Christopher (Chris) Scott Cramer, please visit our flower store.