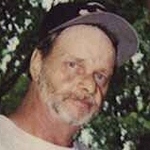 He was born in Gallitzin, son of the late George and Helen (Bosko) McCloskey. He married Mary E. Harris on June 28, 1975, in Gallitzin.

Boone was a graduate of Penn Cambria High School. He served in the U.S. Army as a specialist fourth class during the Vietnam era. He was employed in the housekeeping department of the Van Zandt VA Medical Center for 29 years and also worked at the Allegro for over 12 years. He was a member of St. Mary Catholic Church, Altoona, and the Allegheny Mountain Rod and Gun Club (Camp Bell).

Boone enjoyed fishing, hunting and being with his grandchildren.

Friends will be received from 2 to 4 and 6 to 8 p.m. Wednesday, April 4, 2012, at Stanley J. Krish Funeral Home Inc., 1204 17th St., Altoona (www.krishfuneralhome.com), where a funeral service will be held at 10 a.m. Thursday, April 5, 2012, Monsignor Timothy Stine officiating. Committal will be held at Presbyterian Cemetery, Hollidaysburg.

In lieu of flowers, kindly make contributions to the American Heart Association.

To order memorial trees or send flowers to the family in memory of DANIEL JOSEPH McCLOSKEY, please visit our flower store.