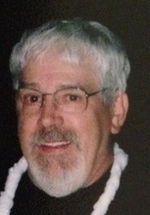 He was born in Altoona, son of the late Russell Sr. and Edna (Cashman) Clapper. He married Kathryn Reidy on July 12, 1971, in Cumberland, Md.

He was preceded in death by two brothers: Russell and Robert; and a sister, Janet Baker.

David was a graduate of Altoona High School, and he served as a corporal in the U.S. Marine Corps in Vietnam. He was a painter/liner for Watco Mechanical. He enjoyed Mustang cars and was a Little League coach for Logan Township for 13 years.

In lieu of flowers, kindly make donations to the family.

To order memorial trees or send flowers to the family in memory of DAVID C. CLAPPER, please visit our flower store.