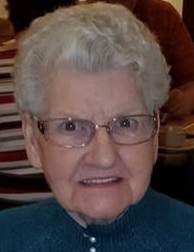 She was born in Altoona, daughter of the late Kaliksty and Stella (Karcz) Horomanski.  On August 30, 1952, she married George (Sharkey) Matzik, who preceded her in death on July 2, 1991.   Survived by one daughter: Patricia Matzik of Altoona, one son: James (Jeanine) Matzik of Altoona, two grandson, Andrew (Lauren) Matzik of Ebensburg; Joseph Matzik of Altoona.; and sister-in-laws, Reginia Horomanski; Dolores Horomanski; Beverly Motsic, along with numerous nieces and nephews.

She was also preceded in death by two brothers, Theodore and Francis Horomanski, a sister, Theresa Prugar, and a special friend, John (Jack) Tragon.

Dolores was a member of St. Rose Of Lima Catholic Church. She graduated from Altoona High School in 1951.  She worked for several years at Sylvania prior to becoming the secretary/bookkeeper for the family business, Matzik Transmission Service. Special thanks to all the staff of Hillview Healthcare and Grane Hospice for all their special care and attention

To order memorial trees or send flowers to the family in memory of DOLORES C. MATZIK, please visit our flower store.