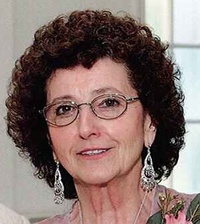 She was born in McKeesport, the daughter of the late Michael F. and  Rose (Ivkovich) Ziobro.  She married Vincent E. Prugar on September 10, 1955 at Saint Cyprian's Catholic Church in Pittsburgh.  He preceded her in death on June 1, 2013.

Dolores was a 1953 graduate of Our Lady of Sacred Heart Academy in Coraopolis.

Mrs. Prugar was a member of Holy Rosary Catholic Church.  She was employed at Dun & Bradstreet as a recorder of accumulated business data and worked at the Pittsburgh Screw and Bolt (PSB) in the mailroom until the birth of her first child. In later years, she worked at the Wehnwood Diner as a cook/waitress.

But her passion in life was her husband, children, grandchildren and great-granddaughter. She also loved cooking, baking, gardening, canning, reading, and playing the piano.

In lieu of flowers, please have masses said in remembrance of  Dolores.

To order memorial trees or send flowers to the family in memory of DOLORES SYLVIA PRUGAR, please visit our flower store.