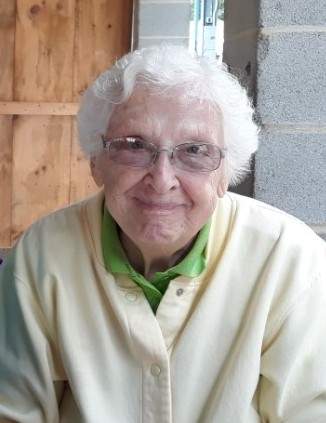 Dorothy was born in Altoona, the daughter of the late Sigmund and Rose E. (Pokorny) Jorkasky. She married Alex J. Sagaities on Oct. 24, 1942, at SS Peter and Paul Roman Catholic Church in Altoona. He preceded her in death on Sept. 9, 1988.

She was also preceded in death by her son, William M.; four sisters, Therese McClain, Patricia Wertner, Marie O’Leary and Helen Benton; and a brother, Eugene.

Dorothy was an avid reader, and enjoyed gardening.

Dorothy was a member of St. Michael the Archangel Catholic Church in Hollidaysburg.

Committal will be at SS Peter and Paul Roman Catholic Cemetery.

To order memorial trees or send flowers to the family in memory of DOROTHY J. SAGAITIES, please visit our flower store.