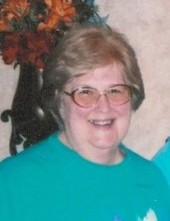 Benita M. Jorkasky, 81, Altoona, passed away Thursday at Maybrook Hills Rehabilitation and Healthcare Center, Altoona. A life so well lived deserves more acknowledgement than can be said here.
She was born in Altoona, daughter of the late John B. and Lilly (Medinsky) Jorkasky.
Surviving are a brother, John Jorkasky of Oakdale, Conn. She was always active with her family; three nephews: Patrick Grimme, Father D. Timothy Grimme and Shawn Grimme, all of Altoona; three nieces: Michaelene Miles of Lodi, Calif., Maureen Haller of Altoona, and Dawn Davies of Lucas, Texas; plus several great- nieces and nephews; and great-great-nieces and nephews.
She was preceded in death by a sister, Lucy Grimme; a brother-in-law, Robert Grimme; and a niece, Tania Kinney of Oakdale, Conn.
Benita was a graduate of Altoona High School, class of 1954. After several years teaching at Altoona High School, she entered the Peace Corp and served two years in Malaysia. Afterward, she pursued her masterás and doctorate degrees from Penn State in social studies. Prior to retirement, she was a professor of Social Science at SUNY College at Brockport.
She was a faithful member of the Cathedral of the Blessed Sacrament, Altoona, where she volunteered often; including sending cards to elderly and home bound parishioners.
Friends will be received from 4 to 8 p.m. Sunday, Aug. 12, 2018, at Stanley J. Krish Funeral Home Inc., 1204 17th St., Altoona. A con-celebrated funeral Mass will be celebrated at 10 a.m. Monday, Aug. 13, 2018, at the Cathedral of the Blessed Sacrament, Altoona, Father D. Timothy Grimme celebrant and Monsignor Robert C. Mazur co-celebrant. Committal will be at Ss. Peter & Paul Roman Catholic Cemetery, Altoona.

To order memorial trees or send flowers to the family in memory of Dr. BENITA M. JORKASKY, please visit our flower store.