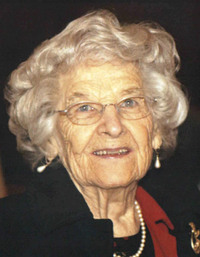 She was born in Altoona, daughter of the late Ignac and Catherine (Mecnich) Karbowniczek.  She was married to Edward Kisielnicki for 66 years before his death in 2011.

Predeceased by her nine brother and sisters.

Elsie was very devoted to her husband and greatly enjoyed being the matriarch of her family.

Committal will be at SS. Peter & Paul Roman Catholic Cemetery.

To order memorial trees or send flowers to the family in memory of E. ELSIE KISIELNICKI, please visit our flower store.