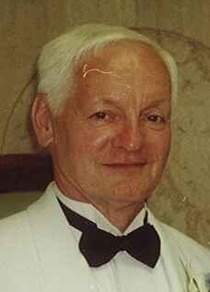 He was born in Gallitzin, son of the late Michael and Ann (Zolnak) Cheslock.

He is also survived by two sisters: Shirley (Don) McIntyre and Charlotte Hampton, both of Altoona; a brother, Tom (Judy) of Altoona; and an adopted sister, Barbara Leake.

He was preceded in death by a sister, Mary Louise “Toots” Counterman; and two brothers-in-law: George Hampton and David Weaver.

Ed was a graduate of Altoona High School and served in the U.S. Marine Corps as a corporal during the Vietnam War. He was stationed at Subic Bay, Manila, Philippines, where he married his children’s mother, Billie DelaCruz. He had been employed by PPG in Tipton as a machine operator, retiring on disability in 2002 after 34 years of service.

He was a member of Our Lady of Fatima Parish and attended Calvary Baptist Church, and he also attended Adult Day Services at Allegheny Lutheran Social Ministries. He was a life member of the Bavarian Aid Society and a member of the Knights of Columbus Council 551.

Ed enjoyed his family, coaching football, and watching football, wrestling, bowling and anything to do with Norte Dame. Most importantly, he enjoyed making a stranger smile and laugh.

To order memorial trees or send flowers to the family in memory of EDWARD 'CRAZY ED' CHESLOCK Sr., please visit our flower store.