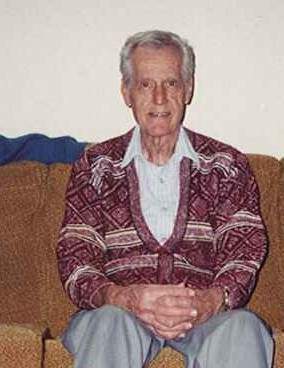 He was born in Altoona, son of the late Joseph and Anna (Pelikan) Robuck.

Surviving are a brother, Joseph Robuck of Altoona; and several nieces and nephews.

He was preceded in death by four brothers: Walter, Stanley, Frank and John.

He was a product Altoona school system, where he played in the band under the direction of Mr. Frank Krivsky. He was a good musician, and played the trumpet and sax with several local bands until his worked related hearing loss forced him to give up his hobby that he truly loved. He retired as machine operator from the Crane Co. after many years of service. He was a member of Our Lady of Fatima Parish (Ss. Peter & Paul Roman Catholic Church) and a lifetime member of St. Stanislaus Kostka Brotherhood and Polish Nation Alliance.

Ed was a tinkerer, and could usually figure out a way to fix most things. He especially enjoyed working on electronics.

His wry sense of humor will be missed by all who knew and loved him.

At the request of the deceased, there will be no service or visitation.

To order memorial trees or send flowers to the family in memory of EDWARD A. ROBUCK, please visit our flower store.