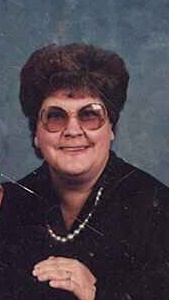 She was predeceased by her siblings: Judy Phafler, Joyce Skipper, Kenny, Paul, Bill, and Cloyd Jr.

Ethel enjoyed long car rides, shopping, outdoor activities, gardening and being with her children and grandchildren.

Ethel was of Catholic Faith.

Friends will be received from 3 to 5 p.m. Tuesday at Stanley J. Krish Funeral Home Inc., 1204 17th St., Altoona. A memorial service outside of mass will be held at 5 p.m. Tuesday, July 8, 2014, at the funeral home by Father Chistopher Panaglous TOR.

To order memorial trees or send flowers to the family in memory of ETHEL MARIE DOYLE, please visit our flower store.