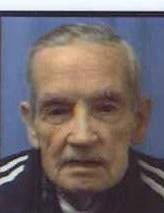 He was born in Altoona, son of the late John F and Victoria A (Good) Adamczyk.

Frank was preceded in death by a brother, Paul R. Adamczyk.

Frank served in the U.S. Navy during the Korean War as an interior communications electrician, petty officer, second class. He was a mechanic, employed by Conrail. He enjoyed flying his airplane, and he was a Ham radio operator and belonged to the civil air patrol.

In lieu of flowers, the family requests that memorial donations be sent to Ss. Peter & Paul Roman Catholic Cemetery Foundation, care of Our Lady of Fatima 2010, 12th Ave., Altoona, PA 16601.

To order memorial trees or send flowers to the family in memory of FRANK E. ADAMCZYK, please visit our flower store.