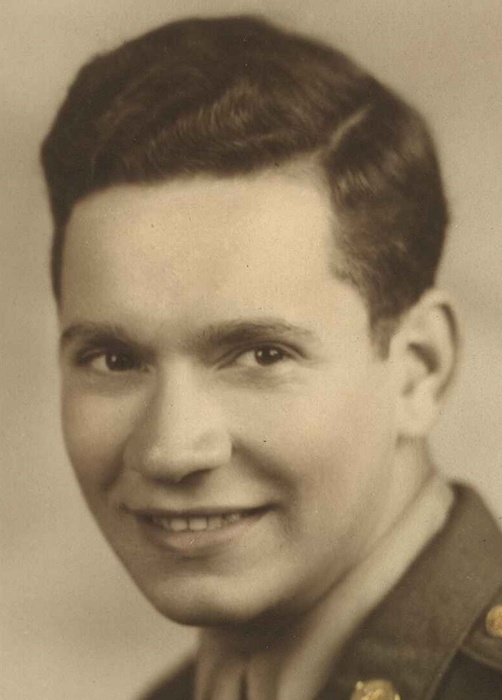 Frank Battisti, 92, of Hollidaysburg, formerly of Altoona, passed away Wednesday morning at Hollidaysburg Veterans Home.
He was born in Keystone, son of the late Paul John Sr. and Luigina A. (Campagna) Battisti.  He was formerly married to M. Virginia Barr.
Surviving are three daughters: Yvonne Lego and husband, Stan, of Altoona, Jackie May and husband, Randy, in Texas, and Elizabeth Plummer and husband, Paul, of Hollidaysburg; two sons: Louis in Virginia and Phillip in Kansas; 10 grandchildren; 11 great-grandchildren; and a brother, Hank and wife, Janice, of Altoona.
Frank was a private in the U.S. Army during WWII from Dec. 5, 1942 to Oct. 9, 1945.  During this time, he served in the 365th Fighter-Bomber Group, "the Hell Hawks," landed in Normandy on D-Day, and was a radio mechanic on the Republic P-47 Thunderbolt.  He was there through the Battle of the Bulge. He received the Good Conduct Medal, the European-African-Middle Eastern Campaign Medal, and six bronze service stars.  He then joined the U.S. Air Force and Reserves until July 16, 1962, retiring as a staff sergeant with over 20 years of service.
Frank was of Methodist faith.  He was a lifetime member of the American Legion, Bavarian Aid Society, Unter Uns Society, and the James L. Noble Memorial VFW Post 3.  He was a certified electrician and worked as a state inspector for the General Services Administration.  He enjoyed doing work for others.
At the request of the deceased, there will be no visitation, and private internment will take place at a later date Greenlawn Cemetery Hollidaysburg, Pa.
In lieu of flowers, the family request that memorial donations be sent to Wounded Warrior Project at pawoundedwarriors.org.

To order memorial trees or send flowers to the family in memory of FRANK BATTISTI, please visit our flower store.

Family to do services at later date

No services to be held