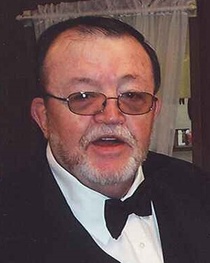 He was born in Scranton, son of the late David and Dorothy (McFadden) Bevan. He married Marilyn Baronner on Sept. 2, 1972, at Sacred Heart Catholic Church.

Surviving are his wife, Marilyn; four children: Mark (Jackie) of Altoona, Erik (Nichole) of Tyrone, Mallory (Peter) Formica of New Castle and Ashley (Drew) Moyer of Altoona; six grandchildren, to whom he was a loving pap: his buddies Christian Condron, Bryson Bevan and Dominic Daughenbaugh and his granddaughters Olivia Bevan, Audrey Moyer and Abigail Formica, whom he adored; a sister-in-law, Paula Baronner of Johnstown; and two brothers-in-law: Rod (Posey) Baronner and Randy (Theresa) Baronner, both of Altoona. He was a loving husband to his wife, a good provider for his family and a friend to many, and he was always good for a laugh.

Gary retired from Norfolk Southern in 2009 with 34 years of service. He was a member of St. John the Evangelist Catholic Church, the Bavarian Aid Society and the Buccinese Club, where he enjoyed playing bocce.

Gary was executive director of the Altoona AAABA League and the Altoona AAABA tournament committee for many years. He was also a volunteer for the National AAABA tournament in Johnstown for the past several years. He loved baseball and collecting baseball hats, reading, bowling and spending time on his Kindle. He looked forward to trips to the casinos in Atlantic City and yearly family vacations to Cape May, N.J.

Friends will be received from 4 to 8 p.m. Tuesday, Aug. 25, 2015, at Stanley J. Krish Funeral Home Inc., 1204 17th St., Altoona, where a Vigil for the Deceased will be held during the visitation. A funeral mass will be held at 11 a.m. Wednesday, Aug. 26, 2015, at St. John the Evangelist Catholic Church, 309 Lotz Ave., Lakemont, Altoona, with Monsignor Michael A. Becker officiating. Committal will be at Greenlawn Cemetery Hollidaysburg.

In lieu of flowers, the family requests that donations be made to St. John the Evangelist Haitian Fund, 309 Lotz Ave., Altoona, PA 16602.

To order memorial trees or send flowers to the family in memory of GARY D. BEVAN, please visit our flower store.