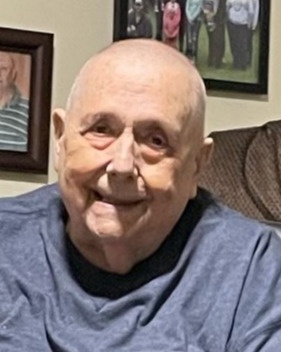 George D. Frederick, 90, of Altoona, passed away peacefully Wednesday morning at The Village At Morrisons Cove, Martinsburg. He was born in Hollidaysburg, son of the late George F. and Gertrude (Weaver) Frederick.

He was preceded in death by his wife, Mary A.; sisters: Mary J. Neely and Dorothy Stoehr; amd brothers: Jack Weaver, Tom Weaver and Andrew Frederick.

George was a Korean War veteran, having served in the Air Force.

He retired as a welder from Conrail.

George was a member of Sacred Heart Catholic Church, and coached little league for many years.

Committal will be private at Blair Memorial Park.

To order memorial trees or send flowers to the family in memory of GEORGE D. FREDERICK, please visit our flower store.