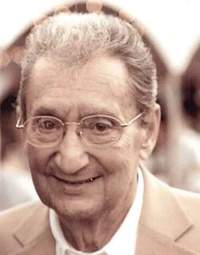 He was born in Altoona, son of the late Harry and Mary (Tyminska) Ballos. He married Barbara Ann Long on April 10, 1950, at Holy Trinity Greek Orthodox Church, Altoona.

Gust was a mechanic for Puritan Sportswear and the previous co-owner of the Park Inn in Lakemont and the Varsity Lounge in Altoona. He was a former member of Holy Trinity Greek Orthodox Church.

In lieu of flowers, the family requests that memorial donations be made to Home Nursing Agency Hospice, 201 Chestnut Ave., P.O. Box 352, Altoona, PA 16603.

To order memorial trees or send flowers to the family in memory of GUST H. BALLOS, please visit our flower store.