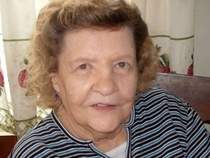 She was preceded in death by 15 siblings; a son-in-law, Mark Schoening; and a grandson, Johnny Boyles III.

Harriet was a member of First Church of Christ. She enjoyed bingo, yard sales and going to casinos.

Friends will be received from 3 until the 7 p.m. funeral service Monday, June 30, 2014, at Stanley J. Krish Funeral Home Inc., 1204 17th St., Altoona, by Pastor John Collins. A private committal will be at Calvary Cemetery.

To order memorial trees or send flowers to the family in memory of HARRIETT JANE GATES-KNOTT, please visit our flower store.