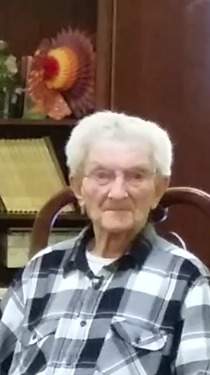 He was preceded in death by a son, James C.; and five siblings: Margaret Coble, Charles, John, Paul and Helen.

Henry served in the U.S. Army during WWII. He was a buyer and salesperson in the carpet department of Gable’s Department Store, retiring in 1980. He was a member of the Bavarian Aid Society, James L. Noble VFW Post 3, Bellwood Eagles, Golden Nuggets and Blair County Antique Auto Club.

Henry enjoyed antique cars, fishing, bowling, boating, dancing, and going to the Blair Senior Center to be with friends and have some meals.

At the request of the deceased, the service will be private at the convenience of the family, Pastor Steve Derr officiating. Inurnment will be at Oakridge Cemetery.

In lieu of flowers, the family requests that memorial donations be sent to the Blair/Clearfield Association for the Blind and Visually Impaired, 300 Fifth Ave., Altoona, PA 16602.

To order memorial trees or send flowers to the family in memory of HENRY C. YOUNG, please visit our flower store.