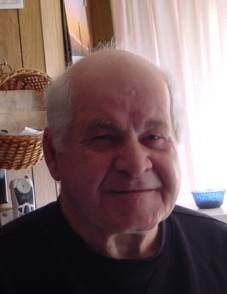 He was born in Altoona, son of the late John and Evelyn (Troutman) Mentzer.

Surviving are his wife, Naomi P. Wallace, whom he married on Feb. 14, 1991; a son, John and wife, Sandra, and granddaughter Brittany, in South Carolina; two daughters: Kim Miller and husband, Terry, and grandsons Tyler and Trevor of Hollidaysburg and Jeanna Mentzer and grandsons Alex, Jeremiah and Joshua of Altoona; a stepson, John Wallace and wife, Rhonda, and grandson Brandon in New Jersey; three sisters: Nancy Gibson of Philadelphia and Carol Mentzer and Rebecca Malady, both of Altoona; a brother, Donald of Philadelphia; and many nephews and nieces.

He was preceded in death by three brothers: Richard, Robert and George; and two sisters: Doris Foor and Jean Pielmeier.

Howard served honorably in the U.S. Army, stationed in Germany from 1960 to 1963. He spent his entire career working in the Altoona area until retiring in 2003.

Howard enjoyed watching Pittsburgh Steelers, listening to his scanner, helping anyone in need, and brightening the mood of everyone around him with his infectious smile.

To order memorial trees or send flowers to the family in memory of HOWARD SKYLES MENTZER, please visit our flower store.