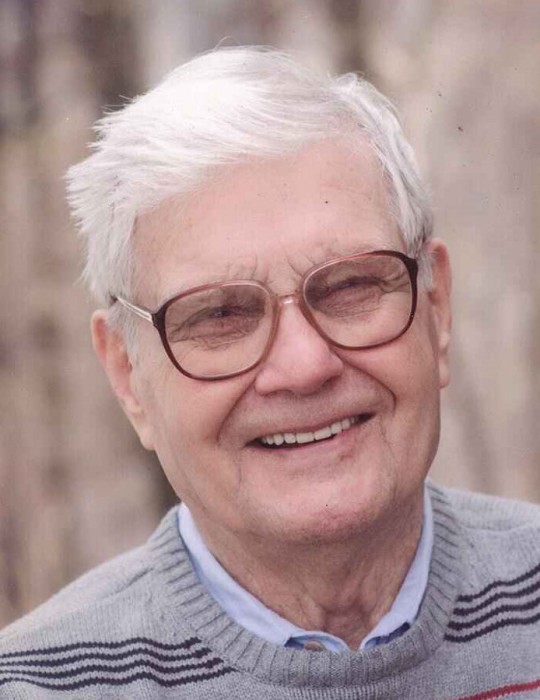 Jack R. Ingham, 97, Hollidaysburg, died Thursday evening at Garvey Manor. He was born in Clearfield, son of the late William and Helen (Craw) Ingham. He married Patricia Morgan on June 14, 1943. She preceded him in death on October 10, 2015.
Surviving is a daughter, Sherry Buck, and husband Daniel; two grandchildren, Erin Buck and Adam (Sarah) Buck; and three great-grandchildren, Madeline and
Elias Buck and Ezra Tremmel.
Jack was a 1937 graduate of Altoona High School. He was a U.S. Army veteran, serving during WWII and the Korean War, attaining the rank of Sergeant First Class.
He worked for the Pennsylvania Railroad and SKF, where he retired in 1983 after 28 years of service and perfect attendance.
As a long-time member of the Second Avenue United Methodist Church Jack attended the Ray Dunn Bible class, and served on several church boards. He especially loved his work as a lay minister; and preached several sermons. Along with his wife Patricia, he faithfully visited shut-ins bringing them communion.
Jack also enjoyed worshiping weekly at the Lighthouse Men’s Fellowship in Altoona. Most recently, Jack became a member of the First Church of Christ.
He was a member of the Blue Lodge, Jaffa Shrine, Consistory of the Scottish Rite and the Altoona Shrine Club.
Jack enjoyed Penn State football, fishing and helping his son-in-law with projects. An avid reader, he loved Max Lucado & Charles Stanley and donated his library of books to his church. In his spare time, he wrote poetry on his favorite topics: his family and his Savior. His greatest joy was his family, especially his grandchildren & great-grandchildren. He leaves a loving legacy to all who knew him.
Friends will be received on Monday, August 7, 2017, from 9 to 11 am at First Church of Christ, 113 Good Shepherd Road, Altoona, where a funeral service will be held at 11:00 am by Pastor John Collins. A luncheon will follow at the church.
Committal will be at Alto-Reste Park. The family suggests that memorial donations be sent to the loving ministry of Garvey Manor, 1037 S. Logan Blvd. Hollidaysburg, Pa. 16648 in Jack's name.

To order memorial trees or send flowers to the family in memory of JACK ROLAND INGHAM, please visit our flower store.