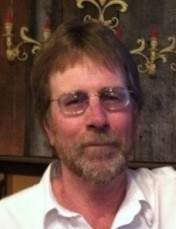 James W Brennan, 59, of Altoona,  died  at his residence.

born in Altoona, PA., he was the son of the late Donald and the late Rose Marie (Wike) Brennan Sr..   Survived by four siblings: Steven and wife Diane; John and wife Diane; Daniel and wife Lisa and Donald F. Jr., his companion,of many years  Victoria "Vickie" Locke.

He was a Machinist, employed by Norfolk Southern.  Jim was a Altoona High School graduate. Jim enjoyed riding his motorcycle.

He served in the Army from 11/16/1982 to 11/15/1985. At the deceased request there will be no viewing or services. In lieu of flowers kindly make donations in Jim's memory to the American Cancer Society.

To order memorial trees or send flowers to the family in memory of JAMES W. BRENNAN, please visit our flower store.