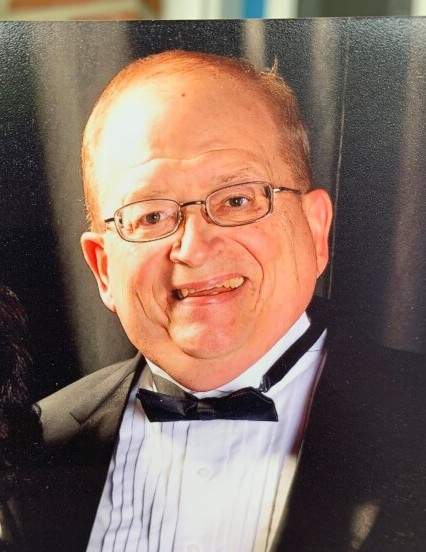 James Philip Hall, MD, 64, of Altoona, passed away at his residence Monday evening.

He was preceded in death by his father-in-law Spero G Tsikalas, and nephew Brandon Tsikalas.

Phil was a graduate of Springbrook High School, Silver Spring, MD, Class of ‘74, Penn State University Class of ‘78 pre-med graduate, University of Maryland School of Medicine in Baltimore Class of ’82. He did his family practice residency at Allegheny Family Physicians, Altoona until 1985. He was Board Certified in Family Practice and loved Sports Medicine. He opened his own practice in Clendenin, WV with his RN wife Paula to fulfill a Public Health Corp Commitment, until 1991, then employed by Glendale Area Medical Center with fellow physician Jay Robinson, MD retiring in 2014.

He wore many hats: Altoona VA Medical Center, PSU Altoona Campus student health physician for 10.5 years, St. Francis University lectures for PA program, Preceptor for Altoona Family Physicians, Family Planning in Bellefonte and State College, ER in St. Mary’s. He was an Eagle Scout and Lifetime Member of BSA, he also helped Paula with Girl Scout events and made a delicious cobbler. Phil loved sports, he was the physician for Glendale and Bellwood football games, Imagine Wrestling (previously KCW). He coached girls softball for 19 years through Keystone Girls Softball and Bishop Guilfoyle High School. He followed Penn State Football, Pittsburgh Pirates, Chicago Cubs (while in Chicago), Baltimore Orioles (while in Med school) and especially the Altoona Curve where he was a team physician since 1999. He loved working with the Curve Organization from top to bottom and loved treating the players and staff and singing the National Anthem with the “Hanging Curves” in less than 1 minute. He was a member of the Curve Boosters and helped transport players, staff and family members.

His love of singing started at 3 when he sang in the cherub choir in State College, the PSU choir and every church he attended along the way until finally landing at the Providence Presbyterian Church for the last 30 years.

Member of Providence Presbyterian Church where he served as a Deacon, Elder, property committee, food pantry, choir, cello with Barb on piano, bell choir, taking care of the roses and other flowers and whatever the church needed.

He along with his wife, Paula, daughter, Angie and husband, Patrick, were co-owners of Tygart Mountain Sports in Ludlow, VT since 2014 and enjoyed a wonderful family trip to VT in July 2021.

He loved being a physician, reading, mowing and gardening, cooking, swimming, playing tennis with Rick, coaching and playing softball, singing with the choir,  playing the cello, kayaking, biking, jitterbugging, babysitting P 3 (Paul Matthew Conway) and traveling to see new places, family and Pirates Spring Training. He was an honorary Catholic, helping with many events at St. Therese with Paula and “the girls”. He even became a kitten whisperer and will be missed by Pepsig and Indi, and the turtles, Hardrock and Coco.  He was intelligent and knew something about almost everything, he had a great sense of humor, and was a wonderful son, husband, brother, father, grandfather “Pacha” and friend and will be greatly missed by all who knew him.

Friends will be received 1:30 to 6 pm on Sunday, September 12, 2021 and on  Monday September 13, 2021  from noon till 1pm at Providence Presbyterian Church 2401 Broad Ave. Altoona, Pa. 16601 Where a Funeral service will be at 1 pm Monday by Pastor Dennis Braun and Father D. Timothy Grimme, Officiating. Committal will be at Ss. Peter & Paul Roman Catholic Cemetery, Altoona.

In Lieu of flowers the family asks donations to be made to Providence Presbyterian Church 2401 Broad Ave. Altoona, Pa.

To order memorial trees or send flowers to the family in memory of JAMES "PHIL" PHILIP HALL, MD, please visit our flower store.