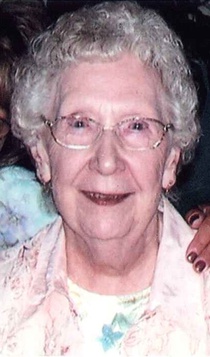 She was born in Williamsport, daughter of the late Jay and Elizabeth (Bower) McErn. She married Robert T. Pletcher on May 28, 1945, in Morgantown, W.Va., and he preceded her in death on June 1, 2001.

Jane retired from the Environmental Services Department at Altoona Hospital. She was a former member of St. Luke Episcopal Church and the former Blair Senior Center. She enjoyed reading, puzzles, computer solitaire and her cats, Shadow and Dora.

Friends will be received from 3 to 6 p.m. Friday, Jan. 24, 2014, at Stanley J. Krish Funeral Home Inc., 1204 17th St., Altoona, followed by a funeral service at 6 p.m. by Father Patrick Collins. Private interment will be at Schencks Cemetery, Howard.

To order memorial trees or send flowers to the family in memory of JANE E. PLETCHER, please visit our flower store.