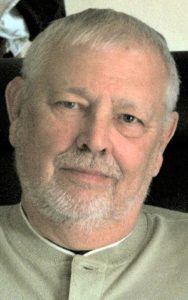 He was born in Altoona, son of the late John W. and Betty Vipond Birely. He married Gabrielle “Gay” Eckenroth, with whom he had shared 32 years of marriage as of Dec. 14, 2017.

He was preceded in death by a brother, William Birely; a sister, Diane Kaczmarek; and a brother-in-law, Frank Kaczmarek.

John was a 1957 graduate of Altoona High School, and he was active on the 1957 reunion committee, as well as the all-reunion committee, and he had served as an officer with the AAHS band and majorette booster clubs. For many years, he had worked as a supervisor for Stanley Electric Co., Altoona. He later worked for 30 years for Caterpillar Inc.,York, until his retirement in 2005.

To order memorial trees or send flowers to the family in memory of JOHN W. BIRELY Jr., please visit our flower store.