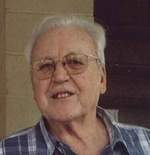 John Joseph Dougherty, 78, Logan Township, died Wednesday morning at Altoona Regional.
He was born in Ashville, son of the late Felix V. and Agnes â€œGoldieâ€ (Gauntner) Dougherty. He married Betty Jane Fleegle on April 18, 1953, in Altoona.
Surviving are his wife; four children: Jeff (Patricia) of Pittsburgh, Susan (Rock) Crawford of Altoona, Greg (Guy) of Conneaut Lake and Colleen (Scott) Thompson of Altoona; five grandchildren; three great-grandchildren; six sisters: Rose, Joan, Norma, Ruth, Mary and Theresa; two brothers: Tom and Felix; and two nieces who were raised at the homestead: Judy and Jane.
He was preceded in death by two sisters: Anna Marie and Rita; and a brother, Joe.
John retired as a foreman for Small Tube Products Inc. He was a member of the Cathedral of the Blessed Sacrament and also belonged to the NRA and Bavarian Aid Society. He enjoyed family events with his wife, children, grandchildren and great-grandchildren. He also enjoyed fishing, hunting, feeding and watching birds and camping.
Friends will be received from 6 to 9 p.m. Friday, Oct. 19, 2012, and 8:45 to 9:30 a.m. Saturday, Oct. 20, 2012, at Stanley J. Krish Funeral Home Inc., 1204 17th St., Altoona where Vigil for the deceased will be held during visitation. A funeral Mass will be celebrated at 10 a.m. Saturday at the Cathedral of the Blessed Sacrament, 1 Cathedral Square, Altoona. Committal will be at Mount Olivet Cemetery, Manns Choice.

To order memorial trees or send flowers to the family in memory of JOHN JOSEPH DOUGHERTY, please visit our flower store.