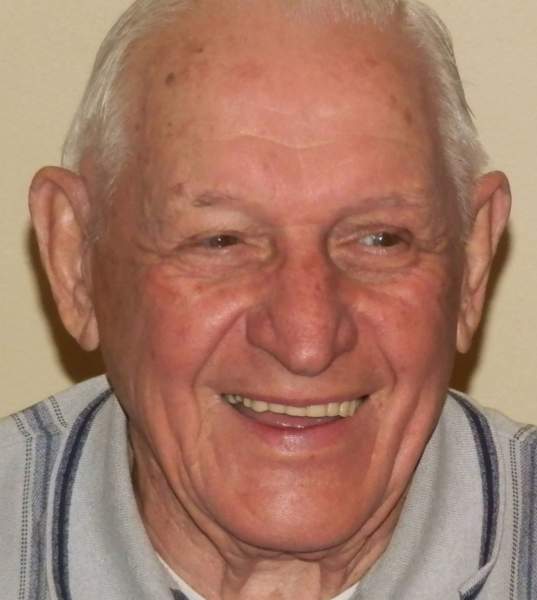 John G. Kasun, 93, of Altoona, died Monday evening at Garvey Manor Nursing Home. He was born in Altoona, son of Stephen and Frances (Secan) Kasun. He married the late Frances D.(Tsamoutales) Kasun Jan. 29, 1955, at St. Leo the Great Catholic Church, Altoona.
Surviving are his five sons: Stephen (Robyn) Kasun and their children, Erica (Gary, children Rylie and Locklyn) of Altoona and Kevin (Genna) of Wise, Va., Thomas (Michele) Kasun of Murrysville, and their children, Meghan (Collin, children Adrian and Elyse) of Charlottesville, Va.; Ryan (Liz, children Noah and Lilia) of Harrison City, Erhin (Doug, child Leah) of Pittsburgh and Catherine of Johnstown, John Jr. (Kathy) Kasun, and their children, Adam of Altoona, and Alexis (Jorge) of Madrid, Spain, Michael (Karen) Kasun, and their child, Mariah (Patrick) of Wilmore, Robert (Joann) Kasun, and their children, Benjamin of Erie, Rebecca of Pittsburgh and Emily of Altoona; and his brother, James. He was preceded in death by his brothers, Joseph, Victor, and Frank Kasun, and his sisters, Mary and Helen Kasun and Anne Wilkins.
John was an advertising salesman for the Altoona Mirror for more than 40 years and could also be found on the streets of Fifth Ward delivering the afternoon Mirror if a son was at a sports practice.
John was a devoted Catholic as a lifelong member of St. Leo the Great Parish, now Our Lady of Fatima, Altoona. He was active in the parish as a lector, choir member, Nocturnal Adoration Society member, bingo caller and countless church festivals.
He was a member of the Cathedral of the Blessed Sacrament choir for 39 years and sang in Rome, Austria and the National Cathedral in Washington D.C. He was also a member of singing groups Jubilate Deo Sacred Choir and Sote Vocce.
He served in the United States Air Force in World War II in Japan from 1946-49.
He loved living on the ‘hillside’ tending many fruit trees, wonderful grapes, a great garden, and wonderful flowers including lilacs, peonies, and pussy willows. He enjoyed following all of the Bishop Guilfoyle sports teams. He also loved promoting the Golden Nuggets group.
He was a devoted husband, father, grandfather and great-grandfather and a friend to many.
He was a graduate of Altoona Catholic High School, Class of 1945.
The Kasun family would like to thank two dear friends, Dee Cree and Barb Yost, along with the staff at Garvey Manor Nursing Home and Our Lady of the Alleghenies for their loving and compassionate care over the past years.
Friends will be received from 2 to 4 and 6 to 8 p.m. Friday, Jan. 21, 2022, at Stanley J. Krish Funeral Home Inc., 1204 17th Street, Altoona. and 9:15 to 9:45 a.m. Saturday, Jan. 22, 2022, at Our Lady of Fatima Catholic Church, 12th Avenue and 20th Street, with a funeral Mass starting at 10 a.m., by Monsignor Stanley Carson. (Family would like you to wear a mask during visitation and funeral Mass) Committal will be at SS. Peter and Paul Roman Catholic Cemetery, Altoona. In lieu of flowers, kindly make contributions to the Our Lady of Fatima Catholic Church, Cathedral Music Ministry, or the Alzheimer Society, PO Box 102, Altoona, PA 16603, in John’s memory.

To order memorial trees or send flowers to the family in memory of JOHN G. KASUN, please visit our flower store.