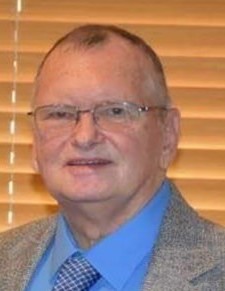 He was born in Altoona, son of the late James Wyatt and Marie W. (Hamp) Shields. He married Evelyn A. Wilson on Aug. 6, 1966 in Altoona.

He was preceded in death by a brother, James; and four sisters: Martha M. Harrier, Ruth Smith, Elizabeth Lafferty and Effie Mae Hoover.

John first worked for Penn Metal Fabricators. Then he became the owner/operator of Shields Trophy until his retirement. He served in the U.S. Army as a private first class during the Vietnam War from July 25, 1962 to July 16, 1964.

He was a member of Hollidaysburg Veterans Home Post 835; Cesare Battisti Club; Lions Club; Rotary Club; a life member of Bavarian Aid Society; and he was a former board member for United Way and Central Pennsylvania Humane Society. John was also a member and ambassador for the Blair County Chamber of Commerce.

He enjoyed model trains, Pittsburgh Pirates baseball, baseball for the teener leagues and little leagues and bicycling. John was a huge Johnny Cash fan, and he enjoyed spending time with his wife, family, grandchildren and great-grandchildren.

To order memorial trees or send flowers to the family in memory of JOHN S. SHIELDS, please visit our flower store.