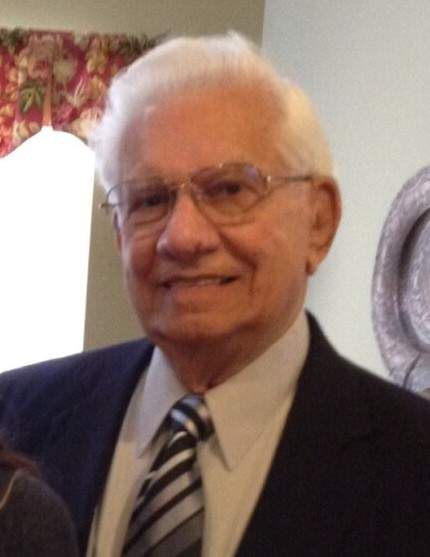 Joseph P. Ianniello, 94, of Altoona, died Tuesday at Graystone Manor at Bellmeade. He was born in Patton, son of the late Dominic and Angeline (Terezza) Ianniello.

He married Marcella A. Angeski on July 10, 1951, at Sts. Peter and Paul Roman Catholic Church, in Altoona.

Surviving are his wife; and a son, Brian J. (Nancy); two grandchildren, Jonathan and Christine; a brother, Herman Victor.

Joseph was preceded in death by his sisters: Erminia Ianniello and Anna Mae Boop; and a brother, John Ianniello.

He was a member of Our Lady of Fatima Parish.

Joseph served in WWII and the Korean War for the U.S. Air Force.

He enjoyed golfing and watching sports. Joe was a mechanical engineer for 41 years.

At the request of the deceased, there will be no public visitation or services. Committal will be private at Sts. Peter and Paul Roman Catholic Cemetery, Altoona.

To order memorial trees or send flowers to the family in memory of JOSEPH P. IANNIELLO, please visit our flower store.