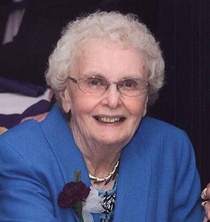 She was preceded in death by her brother, Raymond.

She was a graduate of Altoona Catholic High School and Altoona School of Commerce. She previously was secretary for the chief of police of the city of Altoona. She served on the 5th ward, 2nd precinct, election board as a majority leader.

Bebe was a member of Our Lady of Fatima parish, where she served as the sacristan. She enjoyed her family and friends, camping, Tuesday morning breakfast group and her tea parties with her grandchildren.

To order memorial trees or send flowers to the family in memory of M. DELELLIS 'BEBE' MILLIRON, please visit our flower store.