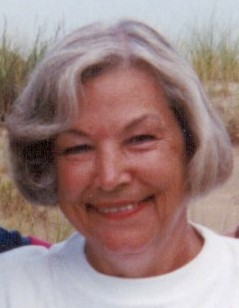 Margaret E. "Peggy" Woods, 90, Altoona, went to be with her Lord on Friday evening at Altoona Center for Nursing Care.

She was preceded in death by two sisters: Anne Lane and Frances Walter; and two brothers: Alfred and Robert Ashburn.

Margaret was a graduate of Altoona High School, Class of 1945. She had previously worked as a switchboard operator at PRR and then at Gables Dept. Store. She worked in sales at The Young Men's Shop and in Administration for PA Dept. of Highways; Dr. Robert Shaheen; Green Thumb/Experience Works; and lastly, as a information greeter at Altoona City Hall.

She was a member of Altoona Bible Church. For many years she was actively involved for the ARC of Blair County and Skills of Central Pa.

She loved travel and her Nittany Lion football team, attending many bowl games across the country.

Friends will be received from 11 a.m. to 12:30 p.m. Monday, March 5, 2018, at Stanley J. Krish Funeral Home Inc., 1204 17th St., Altoona, where a memorial service will be held at 12:30 p.m. Monday, Pastor Stewart McClelland of Altoona Bible Church, officiating. Private inurnment will be at The Presbyterian Cemetery in Hollidaysburg.

To order memorial trees or send flowers to the family in memory of MARGARET "Peggy" E. WOODS, please visit our flower store.