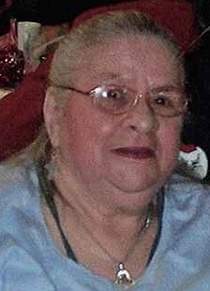 She was born in Altoona, daughter of the late Herman and Thelma (Ehret) Brede.

She was preceded in death by her first husband, Donald E. Irvin; a daughter, Charlene Louise Yingling; a sister, Janice Brede; and two great-grandchildren: Lauren Herist and Mason Alexander Fornari.

Marlene was a 1955 graduate of Altoona High School. She was a nurse aide for Moran Nursing Home. She enjoyed crocheting and Bingo.

In lieu of flowers, kindly make donations to the American Diabetes Association or the MS Society of Central Pennsylvania.

To order memorial trees or send flowers to the family in memory of MARLENE ERMIN, please visit our flower store.