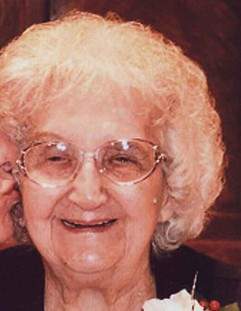 She was preceded in death by three sisters: Mae Nebelski, Ethel Bookas and Pearl Andrews; and two brothers: Charles E. and George.

Mary was a member of Cathedral of The Blessed Sacrament.

Friends will be received from 4 to 7 p.m. Wednesday, May 31, 2017, at Stanley J. Krish Funeral Home Inc., 1204 17th St., Altoona. where a vigil for the deceased will be during visitation. A funeral mass will be held at 10 am Thursday June 1, 2017 at the Cathedral of the Blessed Sacrament by Msgr. Robert Mazur. Committal will be in Carson Valley Cemetery.

In lieu of flowers, the family requests that memorial donations be sent to the Alzheimer's Association, 1100 Liberty Ave., Ste. E-201, Pittsburgh, PA 15222.

To order memorial trees or send flowers to the family in memory of MARY E. JOHNSON, please visit our flower store.