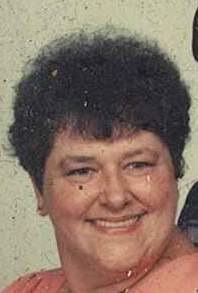 Mary E. McCloskey, 70, of Altoona, passed away Saturday, morning at her residence surrounded by her family.

She was born in Altoona, , she was the daughter of the late  Emily Aonoa  Harris .  Her husband, Daniel J "Boone" McCloskey, whom he married on June 28, 1975 at Gallitzin, Pa., he preceded her in death on April 1, 2012.   Survived by one daughter: Melissa McCloskey and a son: Michael R.  McCloskey and wife Jo all of Altoona: Three grandchildren, Miranda McCloskey, Michael McCloskey; and Karley Grossman.

She was also preceded in death by her brother, Ronald L. Harris.

She was a Nurse Aide, employed by Allegheny Lutheran Home for 13 years prior to this she was a seamstress for SafTbak for 26 years.

Mary enjoyed sewing, needlepoint, puzzles and most of all spending time with her children and grandchildren.

Interment at the Presbyterian Cemetery of Hollidaysburg.

To order memorial trees or send flowers to the family in memory of MARY E. MCCLOSKEY, please visit our flower store.