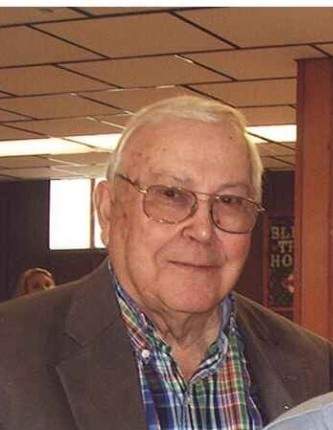 Maurice P. “Morey” Nazaruk, 86, Altoona, passed away peacefully on Wednesday afternoon at his residence, surrounded by his family.

He was born in Altoona, son of the late Philip and the late Anna (Stasiuk) Nazaruk. On July 16, 1955, he married Vera Holowecky at St. Mary Ukrainian Catholic Church, Ramey.

He was preceded in death by two brothers: Ted and Paul.

Morey was a private first class in the U.S. Army, having served in Korea. He was first employed by the Pennsylvania Railroad, and then he was a meat cutter for Riverside Markets. Later, he and Vera were owners and operators of Nazaruk Superette.

He enjoyed gardening and bowling at the Bavarian in the Thursday night men’s league and the mixed league.

To order memorial trees or send flowers to the family in memory of MAURICE 'MOREY' P. NAZARUK, please visit our flower store.