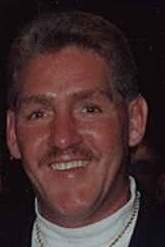 He was born in Altoona, son of the late John R. and Dorothy L. (Bohner) DeHaas. He married Sheryl Ann Williams on June 30, 1998, in Altoona.

He was preceded in death by a brother, Mathew P.; and a sister, Lois E. Black.

Max was employed as an inspector/packer at PPG-Tipton. He enjoyed weightlifting, swimming, traveling, fishing, cooking and spending time with his family. He also loved his dog, Gidget. Max was a 1975 graduate of Altoona High School.

To order memorial trees or send flowers to the family in memory of MAX CHRISTIAN DEHAAS, please visit our flower store.