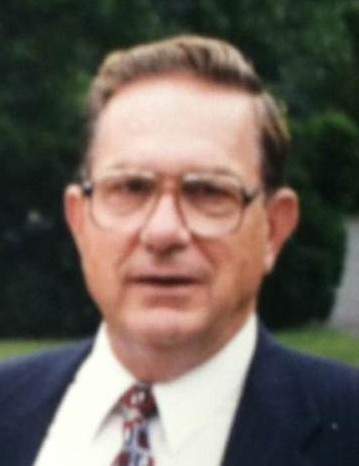 He was born in Altoona, son of the late John and Sarah (Allan) Ellis. On March 13, 1953, he married Eleanor Keller in Winchester, Va.

Mel was a 1951 graduate of Altoona Area High School. Mel was a U.S. Army veteran, having served during the Korean War as a Private First Class from 1953 to 1955. He retired in 1997 after 35 years of service as independent agent for State Farm Insurance, having his own agency, the Mel Ellis State Farm Agency.

He was a member of Holy Rosary Catholic Church, Juniata American Legion, Juniata Civic Association and Eldorado Kiwanis Club. He was committed to community service, being elected twice to Altoona City Council and serving on the Altoona Redevelopment Authority and Altoona Drug and Crime Commission. He was a longtime member of Blair County Republican Committee, including six years as chairman, and he served on the Republican State Committee.  His proudest community service moments came during his years volunteering with Eldorado Kiwanis Altoona Area Teener Baseball League.

Friends will be received from 2 to 4 and 6 to 8 p.m. Tuesday, June 7, 2016, at Stanley J. Krish Funeral Home Inc., 1204 17th St., Altoona, where a vigil for the deceased will be held that afternoon. A funeral Mass will be celebrated at 10 a.m. Wednesday, June 8, 2016, at Holy Rosary Catholic Church, Altoona, Monsignor Michael E. Servinsky officiating. Entombment will be at Calvary Cemetery Mausoleum.

To order memorial trees or send flowers to the family in memory of MELVIN 'MEL' LEE ELLIS, please visit our flower store.