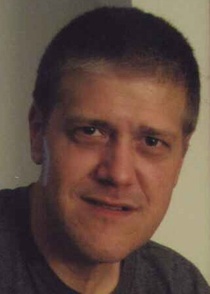 He was born in Bedford.

Surviving are his mother, Priscilla (Suter) Noel, and stepfather, Robert; a brother, Larry (Bonnie) Melius of Orrstown; and a sister, Denise (Terry) Pierce of Naples, Fla., and daughters, Amanda and Audrey.

Michael was a graduate of Altoona Area High School. He served in the U.S. Army from June 7, 1988, to Dec. 6, 1989, as a private second class. He was formerly employed by Papa John's and Sheetz and attended Abundant Life Assembly of God Church. He enjoyed baseball and the Pittsburgh Pirates and comic books, especially Superman.

A memorial service will be held at 1:30 p.m. Saturday, Aug. 22, 2015, at Abundant Life Assembly of God Church by Pastor Walter Smith. Private inurnment will be at Bethel Cemetery, Tatesville.

To order memorial trees or send flowers to the family in memory of MICHAEL E. MCGEE, please visit our flower store.