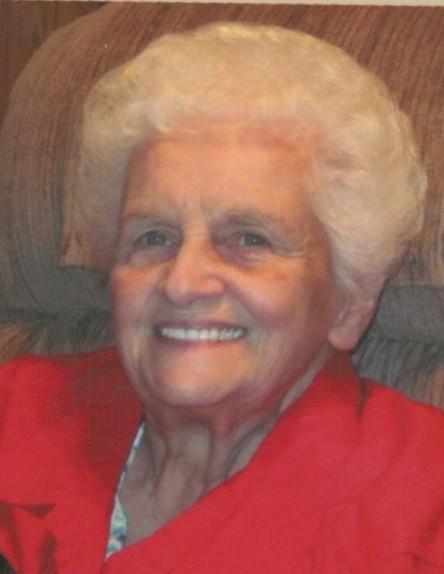 She was born in Ebensburg, daughter of the late Merle and Jane (Miller) Hoover. Her husband, Louis R. “Louie” Mangiacarne, whom she married on Sept. 17, 1960, at Holy Name Catholic Church, Ebensburg, preceded her in death on Aug. 15, 2011.

She was also preceded in death by her sister, Mary Ann Thomas; and two brothers: an infant brother, Paul Herman Hoover, and Clair “George” Hoover.

Myra was a graduate of Central Cambria High School, Ebensburg. She was employed as a senior field clerk by Bell Telephone Co., retiring in 1995.

Myra enjoyed getting her hair done, cooking and baking. She loved talking with people and spending time with her family. Christmas was her favorite time of the year.

Friends will be received from 5 to 8 p.m. Wednesday, Dec. 27, 2017, at Stanley J. Krish Funeral Home Inc., 1204 17th St., Altoona. A funeral Mass will be held at 10 a.m. on Thursday, Dec. 28, 2017, at Cathedral of the Blessed Sacrament, 1 Cathedral Square, Altoona, by Monsignor Robert Mazur. Committal will be at Calvary Cemetery, Altoona. In lieu of flowers, the family requests that memorial donations be sent to Garvey Manor - Activities Dept., 1037 S. Logan Blvd., Hollidaysburg, PA 16648.

To order memorial trees or send flowers to the family in memory of MYRA J. MANGIACARNE, please visit our flower store.