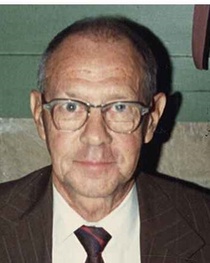 Surviving are his nephew and caregiver, Roy Raugh and wife, Patricia; several other nieces and nephews; and a goddaughter, Patricia Raugh Krier.

He was preceded in death by three brothers: Leo J., Homer and Roy; and two sisters: Elvera Raugh and Madeline Stubler.

Myron was a 1941 graduate of Altoona High School and had been employed as a vault teller with Mellon Bank, retiring on July 1, 1983. He was a member of Our Lady of Fatima Catholic Parish and a former member of Sacred Heart Catholic Church for 32 years.

To order memorial trees or send flowers to the family in memory of MYRON J. YEAGER, please visit our flower store.