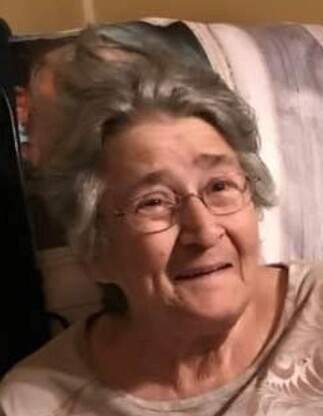 Naomi "Nannette" Schoening, 81, of Altoona, passed away Friday evening at The Presbyterian Village at Hollidaysburg. Nannette was born in Altoona, the daughter of the late Walter William and Beatrice (Miles) Ackerman.
Surviving are three daughters: Kelly Bowers and Karen (Rick) Smith, all of Altoona and Kristy Schoening of Williamsburg; one son: Michael (Stacy) Schoening of Johnstown; nine grandchildren; 13 great-grandchildren and one on the way; a sister, Linda Ackerman; a brother, Gilbert "Bruce " (Valerie) Ackerman; and a cousin, Sondra Robison, all of Altoona; and a daughter-in-law Diane Schoening.
She is preceded in death by her son, Mark Schoening in 2008, her parents, and her aunt, Louella Robison.
She was a 1957 graduate of Altoona High School. Nannette worked at Butterick for 40 years before retiring. Nan attended Sacred Heart Catholic Church before she got too sick to attend. Nan enjoyed going to the Indian Pow-Wows every July at Delgrosso's Amusement Park. Nan also enjoyed collecting dream catchers, and anything that had to do with the Indians, and loved decorating for the holidays.

Due to the COVID-19 regulations, a private visitation and a private funeral service outside of Mass will be conducted by Monsignor Stanley Carson. Interment will be at Blair Memorial Park, Antis Twp.

To order memorial trees or send flowers to the family in memory of Naomi "Nannette" Schoening, please visit our flower store.