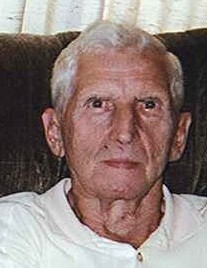 He was born in Pinecroft, son of the late Ilko and Katherine (Branza) Peckowych. He married Francisca Mondryk on April 26, 1975, at St. Mary Ukrainian Catholic Church.

Surviving are his wife of 40 years; four sisters: Ann Stehman of Lock Haven, Eve Poeschl of Altoona and Catherine Peckowych and Helen Skompski, both of Bridgeton, N.J.; and a brother, Mike of Bellwood.

Nick was a graduate of Bellwood High School. He served as a private in the U.S. Army during the Korean War. He retired in 1993 as an electrician from Conrail after 30 years of service. He was a member of St. Mary Ukrainian Catholic Church, Bavarian Aid Society and St. Stanislaus Kostka Brotherhood.

To order memorial trees or send flowers to the family in memory of NICK PECKOWYCH, please visit our flower store.