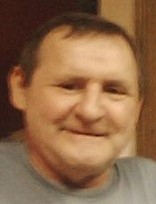 He was born in Altoona, son of the late Clarence V. and Pauline (Conrad) Settlemyer.

Pat was an U.S. Army veteran and served as a SP5 during the Vietnam War. He was a machine operator at Bowmont Mills.

He enjoyed hunting, fishing, gardening and spending time with his family and grandchildren.

To order memorial trees or send flowers to the family in memory of PATRICK A. SETTLEMYER, Sr., please visit our flower store.