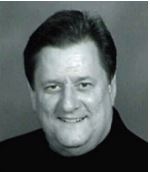 Father James Damian Zatalava, Catholic priest of the Altoona Johnstown Diocese for 48 years, and former pastor of many parishes, most recently at Our Lady of Fatima, died May 30, 2018. He was 74.

He was born in Johnstown on May 1, 1944 to Francis and Mae Zatalava. He graduated from Bishop McCort High School in 1962 and entered Our Lady of Loreto Seminary and received his Masters of Divinity in 1970 and was ordained a Catholic priest by Bishop James J. Hogan on May 16, 1970.

Nicknamed “Father Catechism” by his close friend Cardinal Raymond Burke and others in the Roman Curia, Father Zatalava proudly and staunchly embraced the Truths of the Faith. Featured on EWTN in 2006 for pioneering the idea of providing solid Catholic education online, and for his prolific writings on matters of Faith and Morals, he had an unwavering commitment to authentic Catholic education.

He was the founder and creator of the online sensation and popular phenomenon: CatechismClass.com. This online, orthodox Catholic education program continues to provide solid catechesis to Catholics worldwide. His proud creation and brainchild is used in dioceses, parishes, schools, military bases, embassies and by families around the globe to this day. His ability to reach people anywhere in the world with his educational platform and sound pedagogical content was something he found particularly satisfying and edifying.

As a constant and fierce champion of Catholic and pro-life causes, Father Zatalava had a deep and profound respect for human life, from conception until natural death. He preached unceasingly about the evils of abortion, the sinfulness of contraception, and the horrors of euthanasia. His courageous and articulate homilies inspired many people to convert to Catholicism. His academic and intellectually designed presentations of the Faith served to properly form the hearts and minds of his parishioners. His most popular quote was “Everyone has something to give, even if it’s an example of what NOT to be.”

He was well respected in the Catholic media world.  Michael Voris, of Church Militant TV, mourned the passing of Father Zatalava, "While Church Militant mourns the loss of a very dedicated priest of Jesus Christ and whose first love was souls, we also feel honored to be able to offer him our humble praise for his life of holiness and fidelity to the One True Faith.Priests like Fr. Zatalava are model priests who desire for the salvation of souls, are the very essence of the priesthood and now Fr., who suffered much at the hands of many of his fellow clergy, will see the completion of his priesthood in the Beatific Vision, which will be richly rewarded. Well done, good and faithful servant. Enter into your Master’s joy - and continue your prayers for our work here at Church Militant, directly before the throne and God.Much brotherly love in Our Blessed Lord. Help us to heaven as well.

Matthew Plese, President of CatechismClass.com posted, "It is with the deepest sadness we announce the passing of our founder, Fr. James D. Zatalava, into eternal rest. The long-time pastor of Our Lady of Fatima in Altoona, PA, Fr. Zatalava was a true visionary who founded our organization back in 2004.  At the time, online religious education was incredibly new to the Church.  It was the vision, tenacity, and love of Fr. Zatalava that helped us reach our level today. Please join me in praying for the repose of the soul of our dear founder.  May the Lord grant him eternal rest and free him from the pains of purgatory.

Father Zatalava was a connoisseur of, and had an enormous appreciation for, the finer things in life. He enjoyed gourmet food, especially sushi, attending the theatre and the ballet, viewing fascinating displays of modern art, and seeking out a wide variety of musical performances. As the former Director of the Arts of Huntingdon, the fine arts held a special place in his heart.

Father Zatalava had struggled with his health on and off for several years, but that never prevented him from helping others. Despite prolonged hospital stays followed by grueling rehabilitation programs, he rebounded and was a source of support for others who were suffering with ailments. He retired in 2015 and was living at Dmitri Manor in Hollidaysburg, PA.

Father J.D. is survived by his brother, Francis Zatalava (Marilyn) of Somerset, along with many nieces, nephews and great nieces and nephews. Preceded in death by brother John.