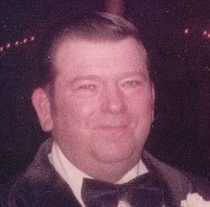 He was born in Altoona, son of the late Ralph and Susie E. (Ayers) Plunket. He married Charlotte E. Hill on June 28, 1946, at Winchester, Va.

Surviving are his wife, Charlotte E.; a son, Robert C. Goss and fiancée, Tawny Smola and their expected son, of Altoona; and a sister, Bernadine Linnes of California.

He was preceded in death by his daughter, Linda L.

Bob served in the U.S. Navy during WWII. He was owner/operator of Robert C. Plunket Painting Company for over 50 years. Bob was a very hard worker and also enjoyed farming.

To order memorial trees or send flowers to the family in memory of ROBERT C. PLUNKET, please visit our flower store.