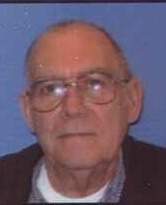 He was born in Altoona, son of the late James Leo and Emma M. (Luke) Eichenlaub. He married Judith A. Stevens on Dec. 9, 1972, in Altoona.

He was preceded in death by a son, Gregory Eichenlaub; a brother, Terry; and a sister, Shirley Kuhn.

Ronald served in the U.S. Navy during the Korean War as a radarman second class. He retired as a machinist from SKF Industries, and after retirement he was a maintenance worker for Sam's Club. He was an avid fisherman and hunter.

Friends will be received from 2 to 4 and 6 to 8 p.m. Thursday, March 19, 2015, at Stanley J. Krish Funeral Home Inc., 1204 17th St., Altoona, where a funeral service will be held at 11 a.m. Friday, March 20, 2015, Pastor Paul Johnson officiating. Interment will be private. Military rites will be conducted after the service by the U.S. Navy and Blair County Veterans Honor Guard.

To order memorial trees or send flowers to the family in memory of RONALD E. EICHENLAUB, please visit our flower store.